Today, the first stable version of YOGA Image Optimizer was released. As, this software is brand new, there are some limitations and missing functionalities in this first version, but this will be improved in future releases.

YOGA Image Optimizer allow you to batch convert / optimize your images. It supports most format as input, and can output optimized JPEGs, PNGs and WebPs.

YOGA reduces the weight of the JPEGs from -9 % to -45 % (-27 % in average). The optimization is done by (re)encoding the images with Guetzli. The JPEG optimization will be improved further in future releases.

JPEG file reduction on a selection of images

YOGA reduce the weight of the PNGs up to -75 % (about -20 % in average). The PNG optimizations are done losslessly by the ZopfliPNG library. 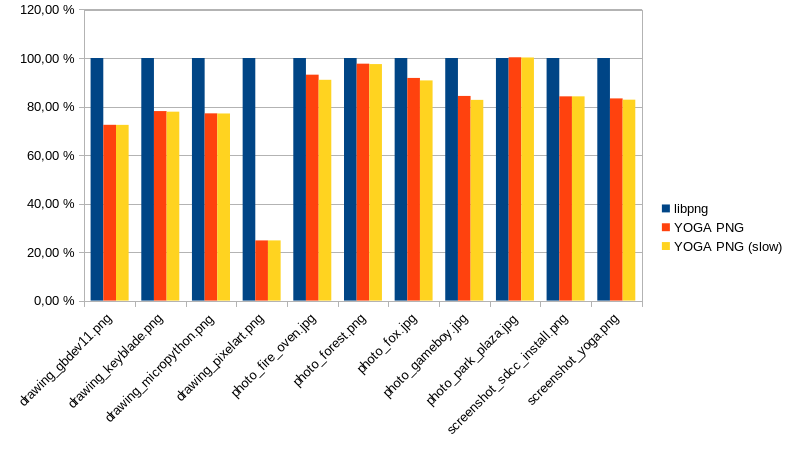 PNG file reduction on a selection of images

YOGA also optimize WebP images but there still a lot to do on this format. There is for now no much gain using YOGA instead using directly cwebp / libwebp, but converting JPEG to WebP and PNG to lossless WebP is very effective to reduce file sizes.

If you are interested about the image used for the benchmark and the methodology, you will find everything on Github:

You will find more details about this benchmark on my blog (in French):

Here is the complete changelog, including the ones of the beta versions. 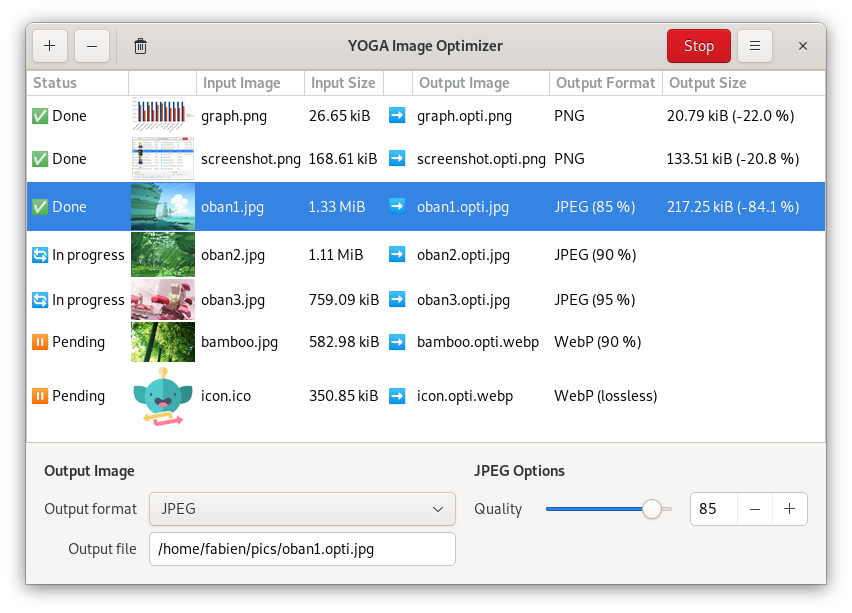